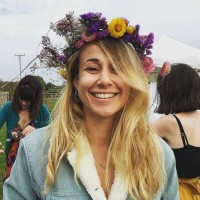 Rachel is a divemaster and full-time writer from Southampton, England. She loves the ocean, CrossFit, cooking, and travelling as much as possible - pandemics allowing!

Whether you’re new to scuba diving or a seasoned pro, chances are that you’ve come across the term “thermocline”.

But have you ever wondered exactly what it means?

In this handy guide, you’ll discover what a thermocline is, how to recognize one, and how to dive with them effectively.

What is a thermocline?

A thermocline is a transitional layer of water, where a thin but distinct layer of fluid has a dramatically different temperature than the fluid surrounding it. They are recognizable because the differing densities of the two layers of water create a distinctive “shimmer”.

They occur in most large bodies of water including lakes and oceans as the divide between the sunlit upper layer and the cooler water below.

The term thermocline comes from the words ‘thermal’, meaning heat, and ‘cline’, meaning a layer or degradation. In oceanography, clines refer to layers of water which have different properties to those surrounding it.

Though “thermocline” refers solely to temperature, you may also have heard of haloclines or pycnoclines.

Why Do Thermoclines Exist?

Thermoclines exist for a number of reasons, which vary depending on the body of water.

The top few centimeters of the ocean are the warmest, as it absorbs the sun’s heat during the day and loses heat as radiation at night. Waves and surface currents mix this warm water with the top 100m or so, which is known as the epipelagic zone.

Below this level, the water temperature stays constant and cool,  undisturbed by surface currents.
The water gets colder the deeper you go and the deepest depths of the ocean are barely warmer than 0°C.

Knowledge of thermoclines is relevant in the use of sonar by submarines as the sudden water density change can affect the movement of acoustic waves.

Here’s an informative video that talks through a little more about the ocean and its many layers.

In scuba diving, thermoclines are most often observed as a result of upwellings or downwellings. Upwellings are upward flowing currents that bring cold water up from the deeper ocean, whereas downwellings push warmer surface water down to depth.

Seasons are a big factor for thermocline formation.

In tropical regions, the temperature and sun exposure stays largely the same year-round so the thermocline depth stays constant.

Polar regions are also not affected by seasons as the water column stays universally cold year-round, as the surface water is cooled by floating ice.

It is the temperate regions which are most strongly affected by seasons. Seasonal thermoclines occur during the summer when thermoclines are pushed deeper as the surface water temperature increases with the sunlight.

Thermoclines are caused by an effect called stratification in lakes.

The warm layer of water which is heated by the sun sits on top of the cooler, denser water at the bottom of the lake and they are separated by a thermocline.

Thermocline depth in lakes varies depending on the heat of the sun and the depth of the lake.

Occasionally waves can form on the thermocline, causing the depth to
oscillate.

In temperate regions, seasonal thermoclines exist in most lakes which are unaffected by volcanic or geothermal activity.

During the summer, the cooler water sits at the bottom of the lake, unable to mix with the less dense, warmer water above due to the lack of currents.

Interestingly, the opposite is true during winter. As the surface water cools with the lack of sunlight, it sinks back down to mingle with the lower layer.

As the water nears freezing point, it decreases in density, rising to the surface, which is why ice forms on the surface of the water. A complete juxtaposition has now occurred and the coldest water is at the top!

Barracuda Lake in the Philippines is a fascinating dive site, and not only for the distinct lack of barracuda… Barracuda Lake features an excellent example of both a thermocline and a halocline.

Sinking down into the clear, fresh water of the lake, the temperature is a comfortable 28oC. At around 14m, there is a distinct divide that looks like oil on water.

Diving below the thermocline, the water not only changes to saltwater (a halocline) but also warms up to around 38oC – that’s bathwater temperature!

This dramatic division of temperature and salinity of water is due to the ancient separation of this lake from the sea. As the rainwater has fallen in the centuries since, it sits above the denser seawater which is heated by volcanic activity from below.

Find out more about diving in the Philippines here.

How to recognize a thermocline

There are several ways to recognize a thermocline. The easiest method is by feeling it – swimming through a distinctly cold patch of water might make you shiver, but congratulations – you just found a thermocline!

Many thermoclines are instantly recognizable in the water – the differing densities of the two bodies of water cause light to refract (change direction), creating a visual distortion.

The phenomenon has been described as looking like a shimmer, oil-on-water, frosted glass, or similar to the heat haze you see above a road on a hot day. No, you don’t just need a new mask (although we’ve got you sorted there with the best scuba masks), that’s a thermocline!

Why Do Thermoclines Matter For Scuba Divers?

Whilst you won’t encounter them on every dive, thermoclines are an important factor to consider when planning your dive.

For example, if you know you’re in an area where you know thermoclines can get chilly, you’ll definitely want to be wearing the right wetsuit.

As you might remember from your PADI Open Water Course, we will consume air much quicker when we are overexerted or cold, even with the proper gear so be sure to factor that into your dive plan!

Thermoclines are an interesting natural phenomenon that can take new or inexperienced divers by surprise.

If the dive site you’re heading to is known for thermoclines, take the appropriate precautions to prepare for your dive.